Why Cannabis Education Is Trending At Major American Universities

Best Marijuana Stocks To Buy Under $2? US Pot Stocks For Your List Right Now

Is It Time To Buy Marijuana Stocks In January 2022? 2 US Pot Stocks To Watch Right Now

Dr. Mehmet Oz, currently awaiting results of a razor-thin U.S. Senate primary race against  former hedge fund CEO David McCormick in Pennsylvania, went on a marijuana rant while stumping before voting day. In essence, he said that people who smoke weed won’t want to work, which will aggravate an already high unemployment rate in The Keystone State.

Of course, that’s a correlation he can’t prove, but others can. Newsweek was just one outlet to break down his false claims and fact check them. The result: He’s incorrect. Here’s why.

Discussing marijuana with Newsmax in May, Oz made several rather absurd claims, like that “giving” Pennsylvanians pot so “they stay home” isn’t “an ideal move.” He said he didn’t want to “breed addiction to marijuana,” which isn’t a physical attachment, but an emotional one. He added that he doesn’t want people operating heavy machinery around him, “driving by me when they’re taking their fourth joint of the day.”

But the whopper was the most profound: “I don’t want young people to think they have to smoke a joint to get out of the house in the morning. We need to get Pennsylvanians back at work, got to give them their mojo, and I don’t want marijuana to be a hindrance to that…”

Why that’s a red herring

As Leafly and others have pointed out, this is a ridiculous claim based more on assumption than fact.

Pennsylvania has one of the highest unemployment rates in the country, higher than many other states with legalized recreational-use marijuana. Some legal-use states do have high unemployment rates, like California, New Mexico, and Nevada, but many where it’s not legal — Delaware and Texas, in addition to Pennsylvania — also have above average unemployment.

And if he really wanted to talk facts, as in actually look into it, Oz would know that there is a a pro-cannabis economy (medical or recreatioanl) creates jobs — even in Pennsylvania. Not to mention tax revenue collected from legal sales going towards social programs that could, in theory, help alleviate joblessness and go towards more mental health and substance abuse initiatives.

His correlation that weed will make people too lazy to work simply doesn’t apply here because clearly there are other factors at play, all of which have nothing to do with cannabis at all.

RELATED: States With the Greatest Jobs Growth In Cannabis

Should he win the Republican primary, Oz will run against Lieutenant Governor John Fetterman (D) for a U.S. Senate seat in November. Fetterman, who won May’s majority vote for the Democratic ticket, is a known cannabis advocate, a pro-weed politician pushing for legalization at the state and federal level.

Often seen in laid-back, non-politician clothing — shorts, T-shirts with marijuana leaves, and (gasp!) hoodies — the man knows who he is and hasn’t waffled on his platform. Oz is vehemently against cannabis legalization at the state or federal level, which goes against what the voters want: Support for reform has been at an all-time high since 2021.

With 19 states now legal — Rhode Island is the latest — along with Washington D.C., the country is moving towards, not away from, cannabis.

Next 3 Marijuana Stock To Watch Heading Into Next Month

Marijuana Penny Stocks To Add To Your December 2021 Watchlist

Marijuana Stocks To Buy In March? 2 For Your Watchlist Right Now

Want to Roll a Perfect Joint? These 6 Things Will Help

Why Does Weed Make You Hungry? 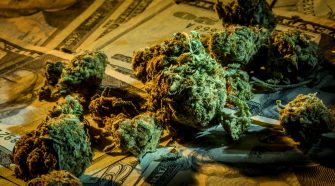 How to Save Money On Marijuana In The New Year

The end of the holidays and the beginning of  a new year brings about the urge to make improvements, which is where new year’s resolutions come into play — and saving money is typically among the most common.  Hillary Kladke | Getty Images Setting and keeping resolutions can be especially challenging without steps in place …

DC Voters Approved Cannabis Legalized Cannabis, So Why Is President Biden Blocking It?

This story originally appeared on Benzinga President Joe Biden has once again moved to exclude Washington, D.C. from legalizing marijuana sales as part of the budget proposal for Fiscal Year 2023, which he sent to Congress Monday.  Ron Ada | Shutterstock Despite D.C. voters having overwhelmingly approved cannabis legalization in 2014, the district government has consistently been prevented …

Will These 3 Marijuana Stocks See A Recovery Mid-June? Will marijuana stocks start to see better momentum from the success of the cannabis industry? Many publicly traded cannabis companies are making more headway outside of the market than in it. For example companies like Trulieve Cannabis Corp. and Green Thumb Industries have continued to show …

As of June 29, 2021, the Cannabis Regulation Act is now in effect in New Mexico. This new law legalizes adult-use cannabis and take the way for the creation of a new industry with thousands of potential new jobs. If you’re interested in starting a cannabis business in New Mexico, here’s what you need to … 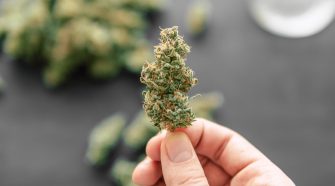 Does It Matter Where You Grow Your Weed?

Cannabis plants grow in many sizes and shapes. They also come in various colors, contain differing cannabinoids, and are processed into a wide range of products. The plants are commonly distinguished by their strains, modes of cultivation, and even consumption methods. There are three methods of growing cannabis plants, namely indoor, outdoor, and greenhouse cultivation. Shutterstock …