How to Choose the Best Functional Mushroom Supplements

What the Latest Studies Tell Us About Autism and Cannabis

What to Know Before Your Brand Starts Producing Pre-Rolls


This story originally appeared on Benzinga

Utah Senate on Friday approved a psychedelic and mental health bill that would create a Mental Illness Psychotherapy Drug Task Force to study and make recommendations on the therapeutic potential of psychedelic drugs.

The bill, which is now heading to the governor’s desk for a signature, would also establish possible regulations for the legal use of psychedelic drugs, reported Marijuana Moment.

From Mormon to mushrooms

The bill, first introduced in January by Rep. Brady Brammer, quickly passed the House in a 68-1 vote. The Senate came close to unanimously approving the measure with 23 votes for and 1 against.

“We need effective tools to treat mental illness,” Brammer said at the time, “if psychedelics can be helpful and safely administered, we need them in our toolbox.”

Brammer, who was previously considered to be a conservative Mormon and therefore not expected to support this kind of legislation, added that there are “indications of treatment benefits for treatment-resistant depression, PTSD, addiction and existential distress” through the use of specific entheogenic substances according to existing research.

In a committee last week, Brammer highlighted that the task force would “help us stay ahead of things so that we know what we’re talking about as a legislature because this is not going to be an issue that goes away,” adding that they’re looking for evidence-based recommendations.

Next Does It Matter Where You Grow Your Weed?

Where Are the Top Cannabis Jobs Right Now?

More Than Half of Americans Say Cannabis Positively Impacts Society 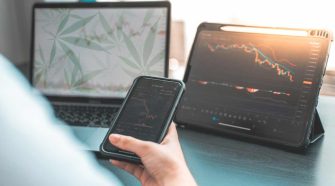 3 Marijuana Stocks To Watch 3rd Week Of November Marijuana stocks are still facing some pullback in the market. The concern is with federal reform in a bit of hold up what will help bring the sector back up. Well to take a step back the first 2 weeks of November marijuana stocks were looking … 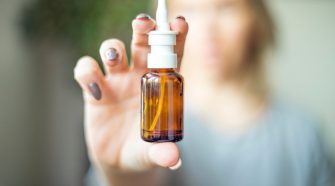 Israel is on the edge of unveiling another ground-breaking treatment for mental conditions. This latest approach aims to resolve specific mental ailments using small doses of psilocybin. Shutterstock Madrigal Mental Care is an Israeli biopharmaceutical company, and it is behind this novel modern medical treatment. The company announced that it would unveil the developed nanotechnology this … 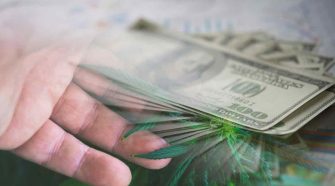 Looking For Top Marijuana Stocks To Buy? 3 To Watch Right Now In March

Best Cannabis Stocks For Q2 2022 Are you looking for marijuana stocks to watch as the market continues to show some downside? To start March the War in Ukraine has affected global markets and top cannabis stocks. In 2022 top pot stocks began the year establishing new 52-week lows in January. This was mostly related … 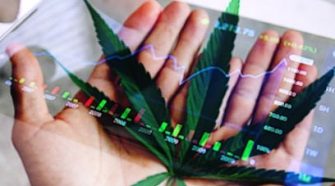 4 Marijuana Stocks For Your 2022 Watchlist Some marijuana stocks have slowly been building back some good momentum. Much of this can be attributed to the positive speculation as shareholders wait for earnings to drop. This month many top cannabis companies are set to release earnings which are said to be solid reports for most. …

Can the World’s Largest Cannabis Greenhouse Also Be the Most Sustainable?

Glass House Brands is making one hell of a big statement about size, sustainability and the future of California cannabis. Almost 100 football fields big, in fact. Shutterstock This summer, Glass House expects to harvest its first crop from its new greenhouse facility, a high-tech 125-acre tomato farm converted into the largest cannabis greenhouse on …

Can the SAFE Act Save Tanking Cannabis Stocks?