What It Means to Be LGBTQ+ In the Cannabis Industry, According to Experts

Here’s How to Manage Your High During the Holidays

What Cannabis and LGBTQ Rights Reform Have in Common, and Why It’s Important

2 Top US Marijuana Stocks For Your July 2022 Watchlist

Could Biden Be the Key to End International Marijuana Ban? – Cannabis Legalization News

Top Cannabis Stocks To Buy In 2022? 3 Marijuana REITs For Your Long-Term Portfolio

A conference has recently taken place between state and federal administrators. Those involved spoke on the plan to pass legislation to establish standards for marijuana products. Hopefully, this will be used later down the line and will be formally adopted into a federal handbook. Two committees of the National Conference on Weights and Measures (NCWM) had cannabis-related items on the agenda. Either of the 2 has the chance to be enacted at a subsequent meeting this summer. If passed the legislation would be incorporated into federal guidance from the National Institute of Standards and Technology.

NCWM’s Laws and Regulations Committee discussed propositions to establish a definition for cannabis and products that contain cannabis. These laws would develop a policy for the water activity range for marijuana. As well as standardize packaging and labeling conditions. Those first two things did move onwards and have achieved voting status. What this means is the NCWM members will have the chance to adopt them into the NIST handbook. This would possibly happen when they convene again in July.

The latest bill did not pass and was not able to reach voting status. This bill showed concern with creating a national standard for the weight of packages that contain cannabis. Moving into the future it’s possible this bill can be reconsidered. NCWM’s Specifications and Tolerances Committee, meanwhile, presented a proposal. This proposal is to develop “scale suitability requirements” for the direct sale of bulk marijuana to dispensaries in legal states. That one is still being worked on.

The Next Step For Cannabis Legislation In 2022

“As states legalize sales of cannabis in its various forms, the need has arisen for uniform standards for scale suitability,” the justification section of that proposal says. “Uniform requirements from one state to the next will strengthen each jurisdiction’s ability to effectively regulate the industry in a fair and equitable manner. Uniform standards also provide industry with expectations regardless of the jurisdiction, reducing potential conflict or confusion.”

The objective of this week’s interim conference was to evaluate the proposals. As well as take comments from stakeholders and determine whether to advance them to a vote. A vote would be done at NCWM’s annual meeting in July.

“These regulations are much needed,” Matthew Curran, food safety director of the Florida Department of Agriculture and Consumer Services who participated in the conference, told Marijuana Moment. The proposals “have the potential to become the first national standard—not federal standards—but national standards through a national consensus organization that virtually every state taps into.”

“When you have national standards, it allows for harmony across state lines,” he said. “Whereas without those, each state can do their own thing and so you end up with potentially 50 boutique markets, which makes it really hard to regulate, really hard for industry to grow.”

Cannabis Reform Is Gaining More Attention Both State And Federally

Through its Office of Weights and Measures, NIST, has provided examinations of the NCWM proposals. Yet it does not play a voting position in whether the bills spoken about at the conference are adopted. 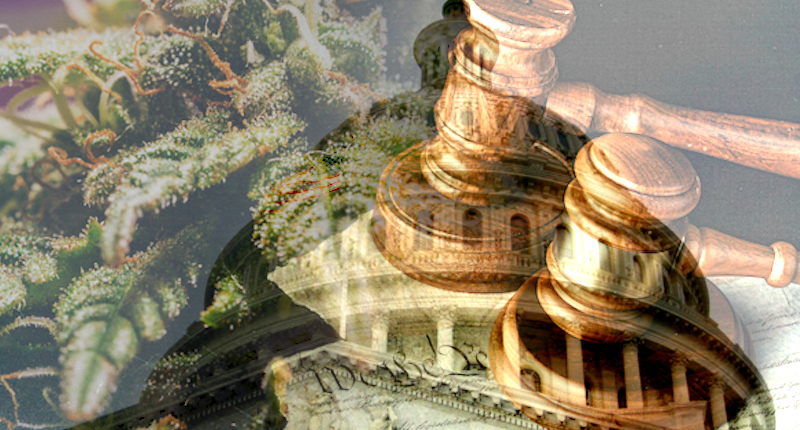 In comments submitted ahead of this week’s conference, Florida officials said t that it “discovered several inaccuracies in [the NIST] analysis.” Also that their “recommendations fall short in the areas of consumer protection, marketplace equality, and regulatory responsibility.”

It’s not that NIST is against standardizing these marijuana policies. However, it’s rather the agency lacks the knowledge that regulators overseeing state marijuana programs have developed over years.

Final Thoughts On The Future Of Cannabis Legalization In The U.S.A

“This was a chance to have the first harmonizing national standard,” Charlie Rutherford, co-chair of the NCWM cannabis task force, told a cannabis media outlet.

“I really applaud the work that they’ve done in getting these important items to the point that we are potentially months away from something that can make the compliance ability of operators, especially multi-state operators, much easier by harmonizing at least a few of the regulations.”

Next What Is Geofencing and Is It Right for Your CBD Brand?

What Stocks To Buy Today? 2 Marijuana Stocks To Watch

Inflation Hits the Cannabis Market and Prices Are Getting Higher

Best Marijuana Penny Stocks For Your Watchlist In January 2022

Top Marijuana Stocks To Buy? 3 To Watch As Markets React To Russian Invasion

Best Cannabis Stocks To Watch Before March As Russia continues its assault on Ukraine’s top marijuana stocks could see more downside with the current market volatility. At the present time, all the worlds’ markets are seeing significant declines as Putin launches missiles and crosses the border in Kyiv. As Geopolitical events continue to push the …

Looking For Long Term Marijuana Stocks To Buy? 2 Cannabis REITs For Your 2022 Watchlist

Best Cannabis Stocks For Long Term Investors Are you looking for the best marijuana stocks to invest in for 2022? In 2021 one area of the cannabis sector performed much better than the rest of the top cannabis stocks. In general cannabis REITs held onto their value last year while most of the other pot …

6 Cannabis Strains That Will Help You Declutter Your Life

This story originally appeared on Weedmaps To maintain a certain level of sanity throughout the holiday season, both your physical and mental “clutter” must be addressed. Shutterstock Morgan Davis, cannabis lawyer and co-owner of medspa startup Oak Health Institute, knows a thing or two about using both meditation and weed to promote wellness. “A few years …

Heavy Metal You Don’t Want With Your Weed

This story originally appeared on Benzinga Cannabis plants have an inherent ability to absorb heavy metals from the soil, making them useful for remediating contaminated sites. But this ability to soak up toxic metals may also make cannabis dangerous for consumers who ingest it. A new analysis, led by researchers at Penn State, examines the ability …

3 Marijuana Stock To Buy In The Stock Market 2022?