Are Marijuana Stocks A Buy After Reaching New Lows?

Best Canadian Marijuana Stocks To Buy Right Now? 2 For Your Watchlist In January

3 Marijuana Stocks To Watch For The 2nd Week Of February

The Green Rush Isn’t So Green


The Cannabis Industry In 2022 During This Market Crash

For many cannabis investors watching top marijuana stocks decline in 2022 has left them with tough decisions to make. Should I sell my marijuana stocks right now and take the loss? As the cannabis sector continues a downtrend that has been in place since reaching its peak in February 2021 many investors are leaving pot stocks alone. Currently, most top pot stocks have seen very low volume and have reached new lows in last week’s trading.

Although some US MSOs saw some upside to close the week most of the best cannabis stocks to buy are down heavily year to date. One major reason for this downtrend is the delays with US federal cannabis reform. Since the presidential election, many investors believed the US would end prohibition early on in a democratic-led government. But every attempt by the House of Representatives to pass any federal marijuana legalization policies has been stopped in the Senate.

But over the weekend Senate Majority Leader Chuck Schumer spoke at a cannabis rally in New York reassuring Americans that he is working on passing his Cannabis Administration and Opportunity Act in August. The Senator announced he has been meeting with Republican lawmakers to continue to gain support for the legislation which is expected to be formally introduced at that time.

Top Ancillary Pot Stocks And Current Declines In The Sector

Regardless of the hold-ups with federal cannabis reform, the US cannabis industry is expanding rapidly at the state level. In general, leading cannabis companies like Trulieve Cannabis Corp. (OTC: TCNNF) and Green Thumb Industries Inc. (OTC: GTBIF) have grown substantially in the past three years. Unfortunately for many retail investors, these Over-the-Counter stocks are not available on new popular platforms like Robinhood Markets, Inc. (NASDAQ: HOOD) and WeBull. But there are other areas of the cannabis sector that are available to all retail investors ancillary cannabis stocks.

Ancillary cannabis companies are those companies that support the cannabis industry without touching the actual plant. In 2022 these companies have also seen a significant decline in the market and could be offering an opportunity to new investors. As we start a new week of trading in what could very well be considered a new market crash let’s look at 2 top ancillary marijuana stocks for your list right now.

Top Ancillary Cannabis Stocks For Your Watchlist For May

Agrify Corporation is a precision hardware and software supplier for the indoor farm industry situated in the United States. Vertical farming systems integrated grow racks and LED grow lights are now available from the company. Agrify’s cutting-edge software and technology solutions enable organizations to achieve maximum quality, consistency, and efficiency while spending the least amount of money feasible. Consulting, engineering, and building are among the company’s offerings. The company recently purchased Precision Extraction Solutions and Cascade Sciences, two well-known producers of cannabis and hemp extraction, post-processing, and testing equipment and solutions. Thanks to a cooperation with Olive El Mirage, the company announced its debut in the Arizona cannabis market in October. On February 2nd, the business purchased Lab Society, a pioneer in distillation and solvent separation solutions for the cannabis extraction industry with a $10 million annual revenue.

The corporation released its fourth-quarter and fiscal-year 2021 results on March 23rd. The company’s revenue increased 395 percent to $59.9 million in 2021. In addition, sales climbed 481 percent year over year to $25.3 million in the fourth quarter.  Furthermore, new reservations increased by 919 percent to $377 million. Gross profits for the fourth quarter were $5.6 million, or 22.3 percent of revenue. In the fourth quarter, the company lost $13.3 million, or $0.60 per diluted share. The company has a total qualifying pipeline of potential worth $571 million as of March 23rd. The business will release its first-quarter 2022 results before the market opens on May 11th.

AFC Gamma, Inc. is a well-known cannabis company with a healthy cash flow and activities. The 2020-founded company focused on real estate security and other collateral, as well as places with strong supply/demand fundamentals and appropriate legal circumstances. AFCG specializes in first-lien loans, mortgage loans, construction loans, bridge financings, and other unique financing options. The fast growth of the cannabis business has been the focus of AFC Gamma’s recent activities. Verano Holdings Corp. (OTC: VRNOF) agreed to a $250 million credit upsize and a $100 million option in October. 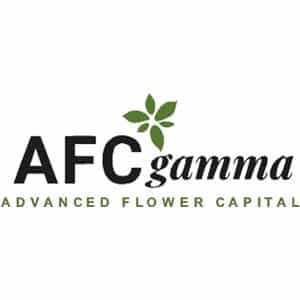 On March 10th, AFC Gamma released their fourth quarter and full-year 2021 results. In 2021, the company earned $21 million in net profit or $1.57 per basic weighted average share. The company earned $24.7 million in distributable profit in 2021, or $1.85 per share. In addition, in 2021, the company closed $341.3 million in fresh commitments. In January, the company announced gross originations of $127.3 million for the fourth quarter of 2021. AFC Gamma has provided Acreage Holdings, Inc. (OTC: ACRHF) with a $150 million credit facility to help it achieve its development goals. On January 5th, the company priced its public offering of 3 million ordinary equity shares at $20.50 per share. The company will report its first-quarter 2022 results on May 9th before the opening.

Previous Will These Marijuana Stocks Continue To Recover This Month

Next Will These 3 Marijuana Stocks To Watch Soon Recover?

Medical Marijuana And Aphasia — Here’s What We Know

It’s a Huge Problem and Not Shrinking

This story originally appeared on Benzinga After Gov. Tate Reeves (R) signed a bill to legalize medical marijuana in Mississippi, the Tennessee Valley Authority (TVA), a main supplier of electricity to the state’s northern region, announced that since it is a federally-owned utility company, it must adhere to federal drug laws. So, off with the lights. In a document obtained …

This story originally appeared on Benzinga Texas’ Compassionate Use Program remains one of the most restrictive in the U.S. Through the program, the Department of Public Safety operates a secure online registry of qualified physicians who can prescribe low tetrahydrocannabinol (THC) to patients with specific medical conditions. Marcus Elwell | Getty Images The Compassionate Use Registry …

Opinions expressed by Entrepreneur contributors are their own. The CBD dedicated portal, Leafreport, released a new study revealing that only 7% of CBD brands test for pesticides, heavy metals, and microbes, compared to 6% in 2021.  Shutterstock In this research, the company reviewed 4,384 products from 188 CBD brands to evaluate the state of transparency in the industry. …

Top Cannabis Stocks For Long Term Investments Top marijuana stocks continue to trade near lows established in May. In this week’s trading, the cannabis sector has continued to experience some momentum as volatility in the overall market continues to affect pot stocks. These newly established new lows have made the cannabis sector more attractive to …

What’s a Frit Hand Pipe and Why Do You Want to Use One?

This story originally appeared on Weedmaps Frit hand pipes are the simplest and most user-friendly way to get high. Whether or not you knew they had a name, these small, seemingly indestructible glass pieces are synonymous with stoner culture, especially in one’s formative years. There’s a pretty good chance the first thing you ever smoked …