What Will Happen To Marijuana Stocks If Federal Reform Doesn’t Pass In 2022?

Is THCV the New Weight Loss Miracle Drug or Is It Just Cannabis Hype?

Will These Global Cannabis Markets See Growth in 2022? It’s Complicated.

Is Franchising the Future of the Cannabis Industry?

Best Ancillary Marijuana Stocks While The Market Is Down? 3 To Watch Long Term

Looking For Marijuana Stocks To Buy? 3 Top US Pot Stocks For September

This winter, millions of us will make our way to the alpine towns across California (and Nevada!) to relish in their scenic beauty, powdery snow, and ample amounts of weed.

To take the guesswork out of where to stop and buy cannabis on your trip, here are recommendations for a handful of top, high-altitude cannabis retailers.

So grab your mittens and goggles, and we’ll pack your bowl.

Embarc is a welcoming, bodega-esque retailer. One percent donation of all sales goes to the local Community Investment Fund that is directed by their Community Advisory Board, a voluntary group of local residents and community leaders. 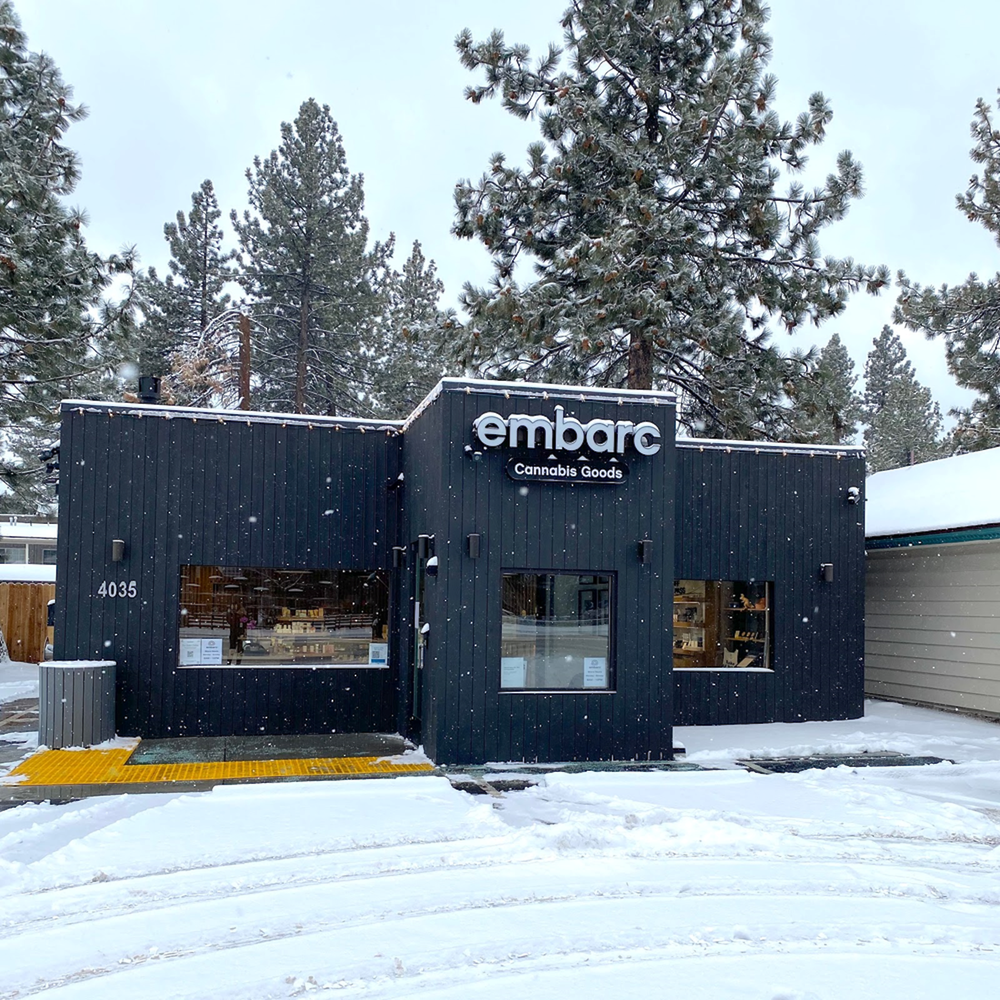 SoL Cannabis & Outdoor Grow believes that relying 100 percent on artificial light does not make sense for anyone involved and natural sunlight just makes sense in creating a difference you can see and taste.

The Green Heart Collective is located in beautiful Mt. Shasta. The dispensary has been around for over a decade, providing cannabis to greater North State California. 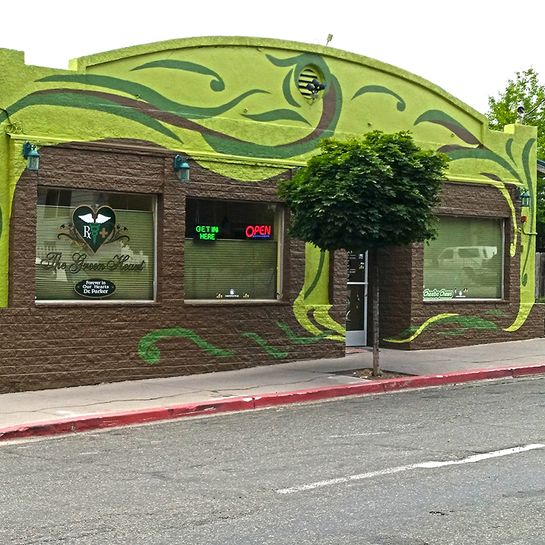 Green Mammoth Cannabis Dispensary opened its doors to the Mammoth Lakes community in 2010, the locally-owned shop was the first – and remains the smallest – recreational dispensary in the Eastern Sierras.

Oak Creek Dispensary’s land is cared for by the Fort Independence Indian Community, a sovereign and federally-recognized Native American Tribe, as well as owns and operates Oak Creek Dispensary and Oak Creek Farms. Oak Creek uses the creek’s sacred waters to cultivate exotic strains of craft cannabis – just like their ancestors did to farm the land. 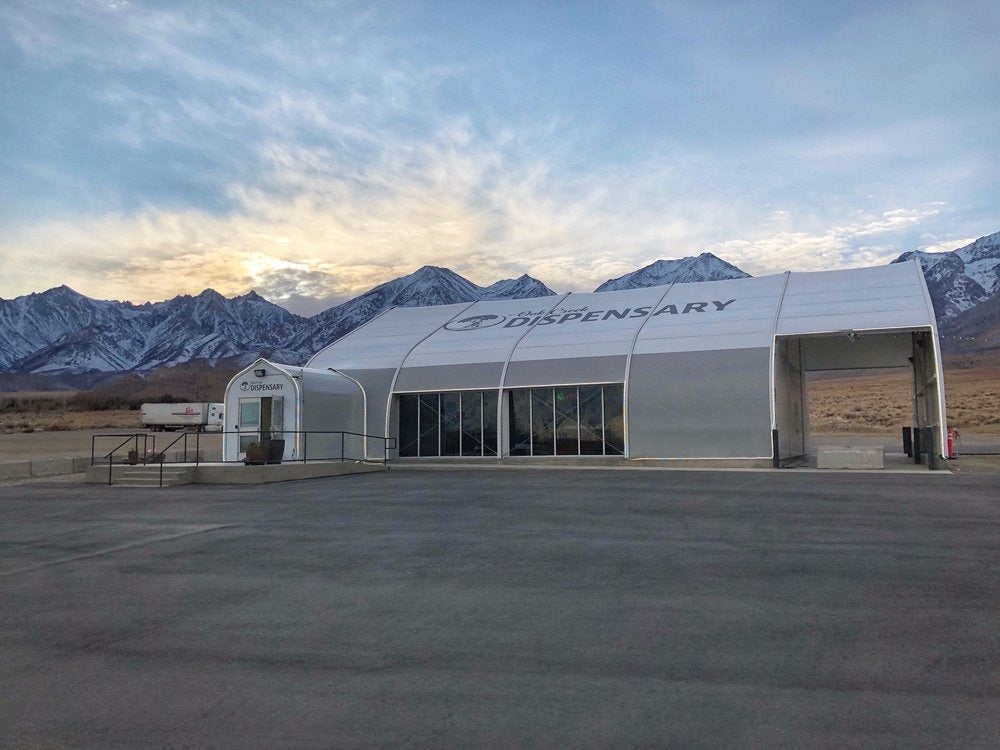 Like the last gas station before you cross the desert, get some greenery on your drive at the Royal Apothecary Cannabis Retail Store, set amidst the mountainous backdrop of Kern County.

Next 12 Last-Minute Cannabis Gifts for the High Holidays

3 Marijuana Stocks To Watch At The End Of February

Top Marijuana Stocks You Should Know About In 2022

3 Marijuana Stocks To Watch Before The End Of The Week

Where Were the Big Deals Made at MJBiz Con? On the Greens

Top Marijuana Stocks To Watch At This Very Moment Right now most marijuana stocks are starting to see an uptick in trading. Now as most can see this rise is mainly due to the current push for federal reform. Between SAFE banking having another chance to passed and Chuck Schumer giving an update on his …

Top Cannabis Stocks For Your 2022 Watchlist Are you looking for top marijuana stocks to invest in before 2022? This year the cannabis sector has seen significant declines in the fourth quarter.  This is mainly because federal cannabis reform was not passed in 2021. But this has created an opportunity for new investors to invest …

Cannabis Banking Failing To Pass Has Led To New Oppurntirtes In 2022 Back in December a cannabis banking measure was removed from a recent defense bill. Which was approved by the House. Those who were in support of the legislation are not happy about the outcome. Advocates were pressing that SAFE would bridge the gap …

Amidst the pharmaceutical arms race to develop profitable medicines from psychedelic drugs, it’s worth recalling something the Swiss chemist Albert Hofmann once said about two powerful compounds he developed at his Sandoz laboratory — LSD and a synthesized version of psilocybin, the active ingredient in magic mushrooms.  “These substances are not for the sick only,” …

Best Marijuana Stocks For Your Watch List For April 2022

Top Cannabis Stocks Showing Momentum Going Into Q2 2022 As the Houses Passed the MORE Act in 2022 are you looking for top marijuana stocks to buy? Last week as the cannabis industry went into another round of possible federal marijuana legalization pot stocks have shown upward momentum.  In addition to the MORE Act, another …

How Cannabis Brands Tackle the Environmental Elephant in the Room