Best US Cannabis Stocks To Buy Right Now? 2 For Your 2022 Watchlist

Will These Marijuana Stocks Be On Your New Year’s Watchlist?

Will the Next Cannabis Legalization Bill Finally Pass?

So How Did the Cannabis Industry Do in 2021?

Top Ancillary Cannabis Stocks On The NYSE With Dividends In 2022

Best Cannabis Stocks Under $2 To Watch Before September


Written By Timothy Edwards a.k.a Tim-Me

Mad Mark Farms has been a staple of top-shelf cannabis in the Washington state recreational market since day 1. Owner, Mark Seegmueller, was one of the first to get a license in 2015 and remains a top seller to over 40 stores in the state. 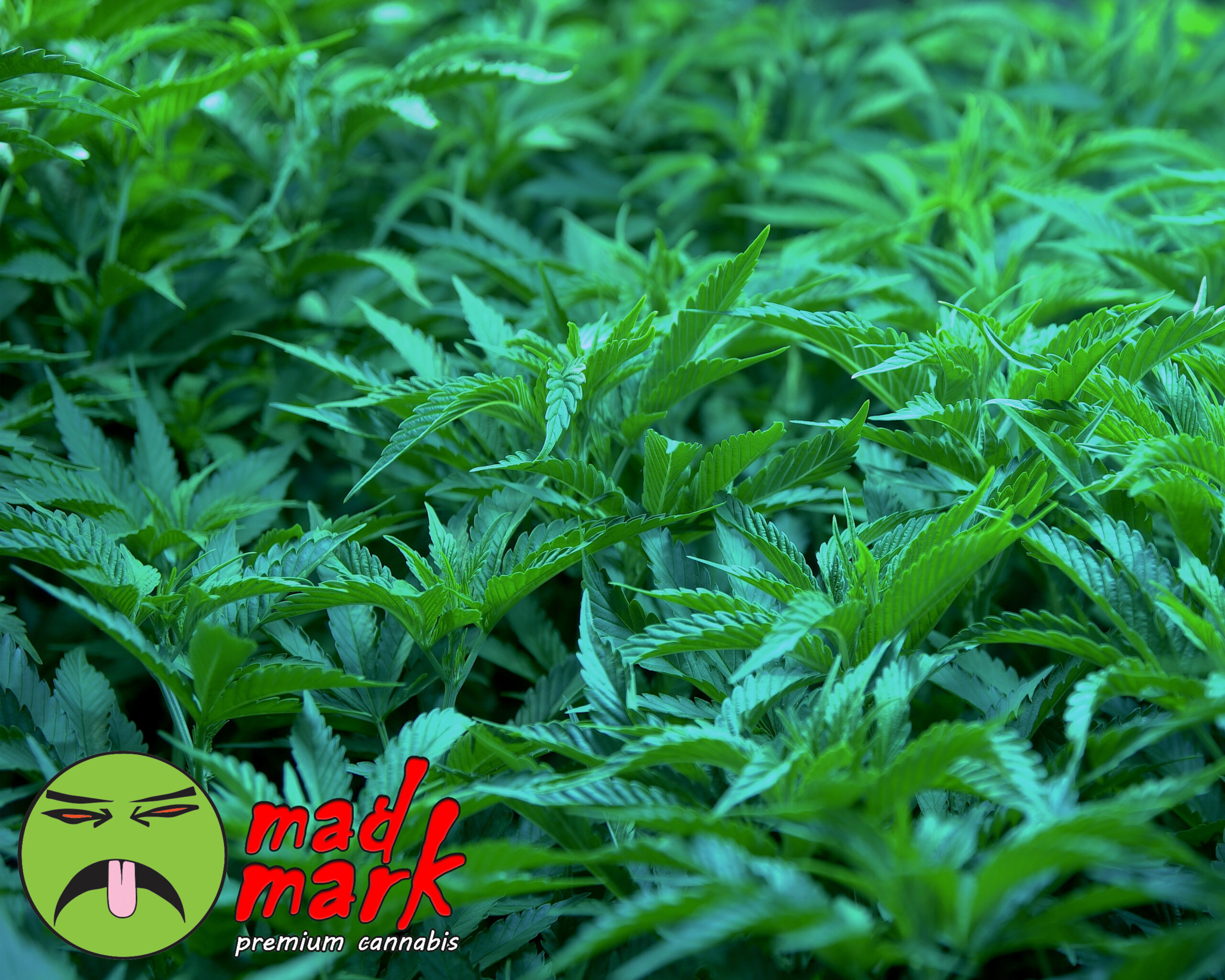 His brand logo, an adaptation of the Mr. Yuk symbol, is hard to miss when you walk into a store. “Ideally, you can find me in no stores because everything is sold out everywhere,” said Seegmueller.

Carl Sagan, Amnesia, Black cherry soda, and Grape are among his many signature strains.

“I’m pushing (Mad) gelato really hard. Just cause it’s real purple and really sticky, I’ve been smoking the shit out of it,” said Seegmueller. After sampling the gelato, I agree that it was some natural purple and some real sticky icky.

Mad Mark Farms has some of the best flowers I’ve seen. Concentrates are also available for those that prefer dabbing like me.

When talking with new cannabis users, usually, I would say a little dab will do ya’. With the flower produced at Mad Mark Farms, a little toke will smoke ya’.

For veteran smokers, the sky is the limit, and medicate at your own discretion. I consider myself a well-rounded connoisseur of cannabis with a high tolerance. I took three bong tokes and sat down to write this article, and two hours later, when I woke up from my weed nap, I was able to finish writing it.

To put things in perspective on a comparison of products. You can spend $20 on a mediocre eighth of middle to bottom shelf flower and smoke a gram of it to feel the same feeling that a couple tokes to one bowl.

“I have some lemon cane that just came in that taste like oranges, so I don’t know why they named it lemon cane,” said Seegmueller.

Make sure to look for his product the next time you visit your nearest store.

For the second part of this article, I ask, “Why is Mark so mad about recreational cannabis in Washington state?” Until then, keep checking in with cannabis legalization news for what’s up in the cannabis world.

Next Cannabis Use During Lockdowns - Cannabis Legalization News

Why This Federal Drug Agency Needs a Weed Hookup

What Is Dr. Oz Thinking? Legal Marijuana Does Not Cause Unemployment

The Future of Cannabis Consumption Lounges

Here Are Some Smart Cannabis Predictions for 2022

This past week, the Hall of Flowers B2B show in Palm Springs was the hot spot for cannabis industry folk to showcase their products, make deals with buyers and retailers, and smoke copious amounts of weed amidst the foothills of the California desert.  The popular event was canceled in 2020 (thanks to Covid) but picked up again this …

Top Marijuana Stocks To Watch To Close The Week

Best Cannabis Stocks For 2022 Trading As the market declines, are the top marijuana stocks a good investment? There are several possible drivers for leading cannabis companies right now. In the coming months, a number of cannabis reform legislation in Congress may gain support. If that’s the case, it might act as a trigger for …

This Is Why You Shouldn’t Feed Cannabis to a Donkey

Opinions expressed by Entrepreneur contributors are their own. Donkeys shouldn’t do dabs, according to a new study. Why are scientists studying the effect of weed on donkeys? Call it an unhappy accident. After two donkeys in Kanasa were fed cannabis buds, they became depressed and lethargic. Local veterinarians suspected the donkeys were victims of a suspected case …

Reddit isn’t all trolls and memes, although that’s a significant portion of the traffic. It’s no surprise then that the most popular post in the history of the r/trees subreddit is about someone’s parents accidentally eating cannabutter and having a meltdown. It received more than 64,000 upvotes and 3,700 comments. The conversation on the micro-discussion website’s most …

Opinions expressed by Entrepreneur contributors are their own. Like most entrepreneurs, cannabis business owners prefer looking at top-line growth over managing expenses. What makes the cannabis business different is that most other companies can deduct a slew of costs from their revenue to calculate net income and pay taxes accordingly. But due to the federal …