Best Marijuana Stocks To Buy In March? 3 To Watch Delivering Earnings This Month

3 Key Supplement and Wellness Trends to Watch in 2022


Could Biden Be the Key to End the International Ban on Marijuana?

A bipartisan duo of congressional lawmakers have urged President Joe Biden to use his influence to get the United Nations (UN) to end the international ban on marijuana. The resolution calls on the UN to remove the plant from the list of controlled substances in a global drug treaty.

The International Marijuana Ban has been a controversial topic for many years, with proponents arguing that it prevents people from accessing a potentially lifesaving medication, and opponents claiming that it could lead to increased drug use and abuse. However, there is growing evidence that marijuana can have significant medical benefits, and an increasing number of countries are decriminalizing or legalizing its use. 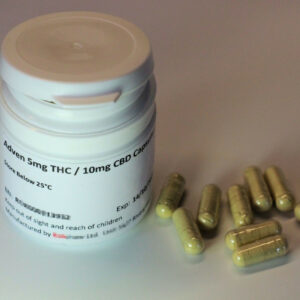 Biden has previously stated that he supports decriminalizing marijuana at the federal level, but it’s been more than one year and his promises have not been fulfilled.

Ending the International Marijuana Ban: A Bipartisan Effort in Congress

As the United Nations Commission on Narcotic Drugs (CND) wrapped up meetings for its 65th session this week in Vienna, two bipartisan Congressional lawmakers urged President Joe Biden to push for an end to the international marijuana ban.

Reps. Nancy Mace (R-SC) and Barbara Lee (D-CA) introduced the measure as the CND adopted a proposal to delete cannabis from Schedule IV of the 1961 Single Convention. However, it currently remains in Schedule I, precluding member nations from legalizing the plant.

In a letter to President Biden, Mace and Lee noted that “the continued classification of cannabis as a Schedule I drug under the Single Convention has had a significant negative impact on U.S. foreign policy.”

Do you think there are other ways to end the International Marijuana Ban?

Please be 21+ because this is about the legal & legitimately lawful (at the state level) cannabis industry.

🌱 We can help with your cannabis business. Get in touch here! (https://bit.ly/3jHLITp)

How to Market Your Cannabis Brand Through Events and Pop-Ups

Where to Smoke Pot in Spain

Indiana Is On Its Way Towards Legalize Cannabis In 2022

2 Marijuana Stocks To Watch After Thanksgiving

These Marijuana Stocks Could Be The Ones To Watch In 2022

These Marijuana Stocks May Reach Better Trading Levels In 2022 So far marijuana stocks are trying to sustain any and all momentum. At the start of 2022, the sector started a small upward push to get things going. As we enter the second week of the new year many are watching to see what will …

Is Delta-8 THC Synthetic or Natural? Exploring the Murky Status of the Cannabinoid

A lot of people are perplexed about the present state of things in relation to delta 8 THC. This is a cannabinoid that can be gotten naturally from the cannabis plant; still, some people are uneasy about it, thinking it might be synthetic. Unfortunately, even Delta 8 THC consumers are among the people who do …

Top Marijuana Penny Stocks To Buy Right Now? 2 For Your End Of The Year List

Best Cannabis Stocks In 2021 And Current Market Volatility In December the best marijuana stocks to buy are showing enhanced market volatility. After spending most of the day in the green most of the cannabis sector ended the trading day lower in the market. One major factor that weighed down the top cannabis stocks in …

Top US Marijuana Stocks To Buy In June? 3 MSOs For Your List Right Now

Best Cannabis Stocks To Watch In A Down Market Are you looking for the best marijuana stocks to invest in as the market hits new lows in June? The top cannabis stocks to watch might hit new lows this week as the general market falls. As federal marijuana legalization continues to be postponed, most of …

Is the Cannabis Industry Inflation-Proof?