Cannabis Reform Must Be Priority For 2022

What Are the Big Opportunities for Cannabis in 2022?

The Many Ways to Choose the Best Weed For You

Looking For Long Term Investments In Cannabis Stocks? 3 For Your List For 2022

Thailand Could Lead the Way for International Strain Registration

Are you looking for top marijuana stocks to buy in 2022? In March many leading cannabis companies are reporting earnings with strong revenue growth for 2021. Although this is not currently translating into market gains it shows substantial growth potential for US cannabis companies. In the next five years, analysts are forecasting cannabis sales will more than double in the global market. This month’s volatility in the cannabis sector has been significant as top cannabis stocks reached new lows in the first quarter.

Now as the overall market begins to see some upside top pot stocks have also experienced gains. In 2022 many analysts are predicting a volatile year in the market which is adding substantial price swings to many top marijuana stocks. The US cannabis industry has grown and expanded rapidly as new states legalize cannabis opening new markets. In addition, in congress new attempts to pass federal cannabis reform legislation are expected to begin which could become another catalyst for pot stocks.

Although new attempts to pass the MORE Act in the House and the introduction of Chuck Schumer’s CAOA legislation are beginning they could end up failing like previous attempts. For example, the House has already passed the MORE Act two times only to get stopped in the Senate on both attempts. Although federal cannabis prohibition has continued to affect marijuana stocks in the market on the state level US companies are experiencing significant growth and expansion.

Best Pot Stocks To Invest In For 2022

Before investing in cannabis stocks it’s important to do your own research on a company. Looking into a company’s finances and press releases will help you determine which are the best companies to invest in. As head into a month with potential catalysts for the cannabis sector here are 2 top marijuana stocks to add to your watchlist before April.

Cresco Labs is a cannabis company based in the United States with a vertically integrated business model. The company is presently the top manufacturer of branded cannabis products in the United States. Cresco is the most popular marijuana brand in Illinois and Pennsylvania, according to a recent BDSA study. Cresco operates in 11 states and has 50 retail outlets, 20 production facilities, and 47 retail licenses. Sunnyside has launched its fourth dispensary in Pennsylvania as part of its expansion plan. The Good News product line will be expanded to include new consumables and vaping options, according to the business. To boost profitability and remove third-party distribution, the business will switch to owned brand distribution in California. On February 7th the company opened its first location in Miami Dade, Florida, and has an upcoming Lady Lake store opening in the US.

On March 23rd the company reported record fourth-quarter and full-year 2021 earnings. In specific Cresco saw record revenue of $822 million for the fiscal year 2021 an increase of 73% year over year. Additionally, gross profit excluding acquired inventory was $430 million and Adjusted EBITDA of $194 million up 219% from the prior year. In Q4 the company produced $218 million and adjusted EBITDA of $57 million. The company saw wholesale revenue of $101 million and maintained the leading position in US branded cannabis product sales including flower, concentrates, and vape cartridges. Cresco also announced it would acquire Columbia Care Inc. (OTC: CCHWF) and become the new leader in cannabis raising its total enterprise value to $2 billion. The deal is expected to be complete in Q4 2022.

Agrify Corporation is a precision hardware and software provider for the indoor farming industry based in the United States. Vertical farming systems integrated grow racks and LED grow lights are now available from the company. Agrify’s cutting-edge software and technology solutions assist organizations in achieving the greatest levels of quality, consistency, and productivity while spending the least amount of money possible. Consulting, engineering, and building are among the company’s offerings. The company recently purchased Precision Extraction Solutions and Cascade Sciences, two well-known producers of cannabis and hemp extraction, post-processing, and testing equipment and solutions. Thanks to a relationship with Olive El Mirage, the company announced its debut in the Arizona cannabis sector in October. Lab Society, a pioneer in distillation and solvent separation solutions for the cannabis extraction sector with $10 million in yearly revenue, was acquired by the company on February 2nd.

On March 23rd the company delivered its fourth quarter and fiscal full-year 2021 results. In detail, the company saw 2021 revenue increase 395% to $59.9 million. In addition, fourth-quarter revenue increased 481% year over year to $25.3 million. Also, new bookings for the company came in at $377 million an increase of 919%. Q4 gross profits totaled $5.6 million or 22.3% of revenue. The company sustained a net loss in Q4 of $13.3 million or $0.60 per diluted share. As of March 23rd, the company has a total qualified pipeline of opportunities that is approximately $571 million.

Next Could Biden Be the Key to End International Marijuana Ban? - Cannabis Legalization News

How to Seamlessly Transfer Your Skill-Set to the Cannabis Industry

Best US Marijuana Stocks To Buy For 2022? 3 For Your List Right Now

What Is RegTech, and How Can It Help Your Cannabis Business in 2022?

You Received Weed As A Holiday Gift — Now What? 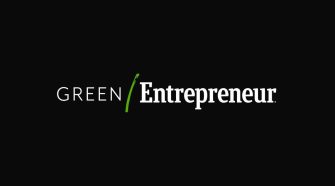 How One Cannabis Executive Has Pushed Through Challenges

Opinions expressed by Entrepreneur contributors are their own. The profound contributions of women are often overlooked in many industries. Historians call this the “Great Man Theory,” in which men are lauded as the main initiators of historical innovations and personal achievements that have shaped where the world is today. Is the nascent cannabis industry headed down … 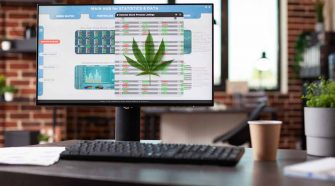 Will 2022 Be The Year Marijuana Stocks Make A Comeback?

Marijuana Stock Investing In 2022 Here’s What You Need To Know When it comes to top marijuana stocks 2021 had its fair share of challenges. Yet from November 2020 to early 2021 the sector saw solid upward consistency. Shortly after mid-February, the majority of marijuana stocks all saw substantial drops in trading. Like many other … 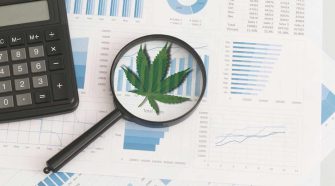 Best Cannabis Stocks Heading Into December 2021 Are you looking for top marijuana stocks to buy right now? Going into December the best cannabis stocks to invest in could have some potential catalysts brewing on Capitol Hill.  This week the NDAA could be up for a vote in the Senate with the SAFE Banking Act …

What Do You Do With Five Hundred Tons of Surplus Weed? Destroy It, Says Canada.

This story originally appeared on Benzinga When Canada became the second country in the world, after Uruguay, to legalize cannabis, weed companies were viewed as pioneers in “the green frontier.” Their stocks and their fortunes soared. They suddenly became rock stars. Filip Dinev | Shutterstock With legalization, long lines to buy legal cannabis got longer. … 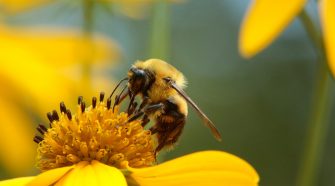 Bees That Eat Hemp Don’t Age As Quickly, and What That Means For Humans

New research from Poland found bees supplemented with hemp extract age slower than those on a normal diet. Adam Jones | Getty Images Getting older stops being fun at some point. At least, I know that was the case for me. When you are younger you can’t wait to get old enough to go to … 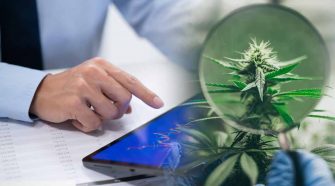 Top Marijuana Stocks To Add To Your Watchlist In January