What’s a Frit Hand Pipe and Why Do You Want to Use One?

The Pros and Cons of Cannabis Content on TikTok

Best Marijuana Penny Stocks For Your List In February 2022

Both Cannabis and Tobacco Are Bad For Your Lungs, But In Different Ways

This State Deletes ‘Marijuana’ From Laws to Address Racist Origins

Marijuana Stocks — What Are You Waiting For?


Top Cannabis Stocks To Watch For Long Term In 2022

Are you planning to buy top marijuana stocks as a long-term investment? Given the market volatility associated with the top cannabis stocks to monitor right now, finding long-term investments with stability may be difficult. Cannabis REITs have been among the top performers on the marijuana stock market over the long term. Given their outstanding investor returns over the preceding five years, some might be preparing for another run.

In recent years, cannabis REITs have ranked among the top-performing marijuana stocks for long-term investing. This is due in part to the fact that a lot of marijuana REITs pay dividends to shareholders, which is still unusual for cannabis businesses. As a result, numerous institutional investors and private equity firms have expressed interest in these top marijuana stocks.

Additionally, it is anticipated that the cannabis industry would more than double in size over the next five years, supporting the steady growth of marijuana REITs. If you’re an investor looking for long-term holdings in the cannabis sector, let’s take a look at two of the best cannabis stocks for your long-term portfolio right now.

Being a real estate investment trust that prioritizes long-term investments with superior risk-adjusted returns is Power REIT’s main goal. Power REIT’s portfolio of CEA buildings is rapidly expanding to include more greenhouses and processing facilities. Tenants who have been awarded permission to cultivate medical marijuana on the land have taken over the leases for the buildings. The funds will be used by Power REIT to complete the necessary improvements to the assets that are prepared for development. Greenhouse plants that have room for expansion are owned by Power REIT.

PW reported a core FFO of $0.41 per share for the second quarter of 2022, down from a core FFO of $0.51 for the same period in 2021. Additionally, core FFO was $0.41 per share for the quarter that ended June 30, 2022, compared to $0.40 per share for the quarter that ended March 31, 2022. PW now has 22 greenhouse-based controlled environment agriculture (CEA) assets with a combined area of more than 2.2 million square feet. Along with 112 miles of railroad land, PW also holds 7 ground leases for solar farms totaling 601 acres. Power REIT’s 7.75% series A cumulative redeemable perpetual preferred stock received quarterly dividend payments from the Trust in the amount of about $163,000 ($0.484375 per share). Currently, PW is not offering a dividend.

For cannabis businesses with state licenses, NewLake Capital Partners is a well-known real estate lender. Through sale-leasebacks, third-party purchases, and build-to-suit projects, this triple-net lease REIT makes investments in industrial and retail assets. Its tenants include some of the most well-known companies in the nation’s state-licensed cannabis industry. Sales during the first quarter of 2022 were $10.2 million, a 130 percent increase over the same period the previous year, according to the business. In addition, owners of common shares shared a net profit of $5 million in the first quarter of 2022. Anthony Coniglio was chosen by the company to serve as its CEO on June 1. 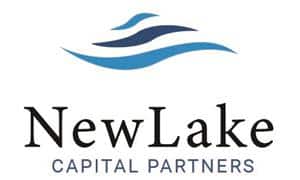 Revenue for the second quarter of 2022 at New Lake was $10.5 million, up 59% year over year, as reported in August. Additionally, FFO totaled $6.5 million, AFFO totaled $8.7 million, and the second quarter of 2022 net income attributable to common stockholders was $3.8 million. The company owns 10 growing facilities and 17 dispensaries. Some of NewLake Capital’s tenants include Curaleaf Holdings, Inc. (OTC: CURLF), Cresco Labs Inc. (CRLBF), Trulieve Cannabis Corp. (OTC: TCNNF), and Columbia Care Inc. (CCHWF). The corporation will spend $50 million on three of its current buildings in July.

Cannabis REITs can be an excellent option for new investors looking for long-term investments to enter the cannabis industry. Before investing in a company, you should always do your own research. It could be important to look at their financials and press releases to determine which companies are the best investments. If you want to make long-term investments, these top marijuana stocks might be the ones to watch right now in September.

Next Best Marijuana Stocks For 2022? 2 US MSOs On Watch In September

3 Marijuana Stocks For Your February Watchlist

What Is CBC Oil and Where Can You Get It?

How Much Does a Dispensary Owner Make | How to make money in legal cannabis industry. – Cannabis Legalization News

What That Means For the Industry

The cannabis industry continues to attract big players even from other sectors, and the luxury market is certainly one of them. Tonino Lamborghini, a luxury goods brand, has just signed a license agreement with Flora Growth Corp. The two plan a joint venture for CBD-infused drinks to be sold in Colombia and North America by …

This story originally appeared on Benzinga Olivia Newton-John, one of the biggest pop stars in the 1970s and early 1980s, died on Monday at the age of 73 at her ranch in southern California, according to her husband, John Easterling who posted the sad news on Newton’s Facebook page. She died of complications related to …

3 Top Marijuana Stocks For Your 2022 Watchlist

3 Marijuana Stocks To Watch For Next Weeks Trading This past week marijuana stocks were still showing volatile trading patterns. Throughout the week there were some days where nice upward swings did occur. At that time it gave shareholders a chance to see some gains. Which in today’s current cannabis stock ecosystem is always good …

Top Canadian Marijuana Stocks On The Nasdaq For Robinhood Traders

Best Cannabis Stocks To Watch During Current Market Volatility To start off 2022 the best marijuana stocks to buy have seen significant drops in value. As the overall markets continue a downtrend top cannabis stocks have also experienced a significant downside to start the year. This is in addition to the cannabis sector declining in …

Want to Throw a Weed Wedding? Be Transparent, For One

With legalization sweeping the nation, there’s been a rise in weed-themed events — weddings being no exception. But with every spectacular weed wedding comes great responsibility, and it’s important to know the etiquette and legalities involved. Luke Chan | EyeEm | Getty Images A weed wedding may involve plant-themed decorations, cannabis-infused beverages, stoner goodie bags, …

Should CBD Byproduct Be Used As Feed For Farm Animals?