3 Marijuana Stocks To Watch To Start Your Week

Why Is Luke Scarmazzo Still Behind Bars? – Cannabis Legalization News

Are Canadian Marijuana Stocks A Buy Right Now? 3 For Your List In May

How Cannabis Can Make You a Better Person


Now people might call you cool, and you feel cool, but you definitely have never been ‘pressing weed into an album you release’ cool. A fresh edition of Dopesmoker, Sleep’s third album, will do that exactly; having cannabis leaves sealed into the vinyl, it has metalheads everywhere gassed up.

According to the New Musical Express magazine, Sleep re-released a new mix of the iconic album with a premium vinyl pressing that contains actual cannabis fan leaf pressed into the record with the assistance of Jack White’s Third Man Records.

The pressing was created in collaboration with Doghouse Farms, the producers of award-winning marijuana. (For your information, Jon Hudnall, Doghouse’s founder and Director of Cultivation, is a Supporter of good genetics and living soil.)

RELATED: Why Does Music Sound So Much Better When You’re High? Science Explains.

The fresh vinyl edition will be available in two pressings: a regular black vinyl version of the new Dopesmoker vinyl edition will be sold in stores and online and is now available for pre-order. However, if you want the “Weedian High-Fi” edition’s deluxe limited edition with cannabis leaves, you can only order it from Third Man Records’ physical location in Cass Corridor, Detroit.

On August 26, a revised version of the album will be made available digitally for the first time, making it accessible on all streaming services. Pre-orders will go live on the same day as the vinyl release, which has not yet been scheduled.

This Friday, August 26, Sleep’s seminal album Dopesmoker will be made available on streaming sites after being remastered from the original tapes, according to an announcement by Third Man Records on Instagram. “The record will be available in two new vinyl versions. For the first time ever, pure, unadulterated, original marijuana leaves are enclosed in PVC to make a deluxe “Weedian High-Fi” pressing of the record, which is only available at Third Man Records in Cass Corridor, along with a black vinyl LP, which will be available for pre-order on Friday. There have been approximately 250 comments on the post so far.

Additionally, Third Man Records stated that the album also includes the deep cut ‘Hot Lava Man’ digitally, for the first time, and it will be available on these vinyl pressings as well. Hot Lava Man was also dropped on SoundCloud by Third Man Records during the announcement.

In an interview with High Times, Al Cisneros, Sleep bassist and lead singer stated that the goal to make a ‘high fi’ version of one of their releases was inspired by a tour they had at Third Man Records, and he saw a limited Jack White 45 they had released which had liquid in the vinyl. He added that he thinks the Third Man Pressing team in Detroit for making it possible.

As reported by NME, the insect trapped in amber from Jurassic Park ultimately served as the inspiration for the concept. With gold and different hues of green marbling together to create the appearance of trichomes and calyxes on a bud, Sleep’s Release includes fan leaves encased in green wax.

Dopesmoker was first performed for London Records in 1996, but it was put on hold until a version, now known as Jerusalem, was released by The Music Cartel. (At the time, it might have been more challenging to release an album with a marijuana reference in the title.) Later iterations were made available in 2003 and 2012.

In April of last year, the album’s remastered edition was published by Third Man Records.

RELATED: The Best Strain For Creating Music, According to One Producer

The band Asbestosdeath, founded by guitarist Tom Choi, drummer Chris Hakius, and vocalist/bassist Al Cisneros was what evolved into Sleep in the early 1990s. With the addition of Matt Pike on guitar, Asbestosdeath became a foursome and issued two songs, “Dejection” for Profane Existence and the independently released “Unclean.” After leaving, Choi started Operator Generator, It Is I, Noothgrush, and the Black Jetts in Las Vegas. Asbestosdeath found Justin Marler to fill in for them, and the group changed their name to Sleep.

Jerusalem was published by Sleep in 1998 as an “official bootleg.” The Music Cartel in the US and Rise Above Records in Europe gave Jerusalem an official, legal release one year later.

Dopesmoker’s original recording was finally made available via Tee Pee Records in 2003. It is typically regarded as the album’s final iteration. The soundtrack for Jim Jarmusch’s film Broken Flowers contains a sample of this song.

The pre-Sleep band, Asbestosdeath’s two 7-inch singles were collected on a CD and issued by Southern Lord Records in 2007.

Stoner rock is a term that has been used to describe Sleep’s musical style, which is marked by sluggish, down-tuned bass playing and similarly low guitar chords. Repetition is frequently used, along with Al Cisneros’ vocals, to help produce a “hypnotic mood.”

Since the launch of their second album, Sleep has used cannabis-inspired imagery, frequently presented in a “quasi-religious” manner. In a discussion about the recording of Dopesmoker, Matt Pike said that a lot of the time, the band spent a lot of their label advance on marijuana.

The San Jose-situated band ‘Sleep’ after being founded in 1990, was regarded by some commentators as the “ultimate stoner rock band,” noting that they had a significant impact on metal in the 1990s. Critics praised Sleep’s previous releases of Dopesmoker, with one from Spin describing it as “amazing.” The band revived in 2009 after a break towards the end of the 1990s.

Sleep is the coolest/best stoner rock band if I’ve ever seen one. The Dopesmoker marijuana fan leaf pressing is the most daring move any band has ever made to date. Talk about pacesetters; the idea of pressing something symbolic into vinyl would definitely be floating around in the heads of many artists. Pulling this out of the bag after so many years will surely leave the fans wondering if there is more to come.

If you are so blessed enough as to obtain a copy of this vinyl, it should, without a doubt, serve as a collector’s item.

Previous What Happens When You Mix Cannabis and Psychedelics? A Whole New Trip, Says New Study

Next GrowGeneration Corp. (GRWG) to Participate in Upcoming Investor Conferences

Pregnant Women Should Stay Away From High-THC Weed 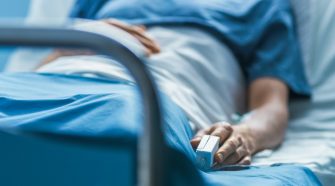 Even in states where cannabis has been legalized for medical use, patients struggle to find the information that they need when it comes to using cannabis as medicine. Shutterstock There’s tons of questions that overwhelm patients: how much cannabis to use, what method of administration is best, how often to take it, and so much more. … 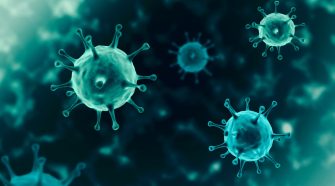 This story originally appeared on Benzinga The FDA issued a letter warning seven CBD companies to refrain from falsely claiming their products can help treat or prevent coronavirus infections.   Shutterstock It has been over two years since COVID-19 turned the world upside down and we still have no viable treatment for the often devastating viral disease. While there are vaccines and other treatments aimed … 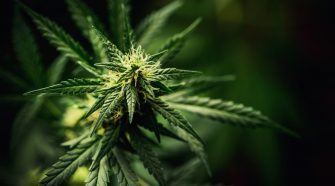 On November 17, 2021, Michigan’s Marijuana Regulatory Agency announced what is likely the biggest recall of cannabis ever. The recall covered all products, except for certain concentrates, tested by two licensed laboratories over three months. It affected more than 65,000 pounds of flower with a wholesale value of more than $200 million. Shutterstock The recall was … 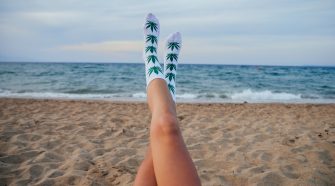 As leisure travel continues to recover and countries lift their travel bans and COVID-19 restrictions one by one, many tourist destinations are eagerly awaiting new visitors. No matter how luxurious or sought after the destination, it seems every locale is eager to find new ways to attract business.  LordHenriVoton | Getty Images In 2022, however, …

Is the Cannabis Industry Inflation-Proof?

Just about everything these days is increasing in pricem, from food to utilities, and the crazy gas prices soaring due to the war in Ukraine. It can get difficult to keep up with costs. Shutterstock Thankfully, cannabis prices seem to be going down – and this is fantastic news for consumers. Where prices are falling … 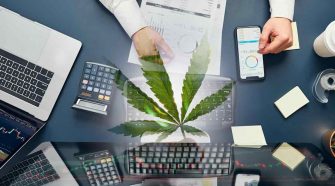