Inflation Hits the Cannabis Market and Prices Are Getting Higher

Too High to Drive? A New Way to Measure THC Impairment

Do Most Cannabis Beverages Suck? This Cocktail Expert Thinks So.

CBD Should Be Considered As a Natural Alternative for Mental Health. Who Says?

These Marijuana Stocks Could See Better Trading In 2022

One of the selling points for legalizing cannabis is that it will lead to expunging the arrest records of those charged with marijuana possession in previous years. The idea is that it is unfair for people to have a blemish on their record for doing something no longer considered a crime.

Proponents consider expunging criminal convictions a social justice issue because it most benefits minority communities who have much higher cannabis-related arrest rates. Past cannabis charges can result in restricted access to opportunities for employment, housing and education.

Unfortunately, it hasn’t gone so well in some places. In Massachusetts, for example, it’s been called a failure – and the state is far from the only one experiencing problems.

Arizona, where legal adult-use sales just started in 2021, is attempting to move faster on expunging weed-related criminal history. The state’s biggest county – Maricopa County – recently applied to have 10,000 cases wiped off the books.

In a press release on the issue, Maricopa County Attorney Allister Adel said, ““I believe that the will of the voters should be implemented as efficiently as possible.”

As part of the Proposition 207 ballet issue approved by voters – commonly known as the Arizona Safe and Smart Act – those convicted of specific crimes in the state became eligible to have those records cleared. The proposition received 60 percent of the vote statewide.

People charged with a marijuana offense who completed a diversion program but still had an arrest and dismissal on their criminal record may also file for expungement. When a petition is granted, the record is sealed and no longer available to the public.

RELATED: Cannabis in Arizona: What Investors and Entrepreneurs Need to Know

Arizona already has developed a reputation for moving fast on cannabis-related issues. The state began recreational sales within months after voters approved them, for example, rather than the years it has taken in other states.

Maricopa County is bringing that spirit of efficiency to clearing past cannabis convictions. The county began filing petitions for expungement with the court system on July 12, the first day they became eligible to do so. They have focused primarily on the most recent cases, with 7,000 petitions involving cases handled by the office since 2016.

The court already has granted more than 3,600 expungements.

People also can apply online themselves to the Maricopa County Superior Court to have their marijuana-related conviction expunged. However, as with other places, only a small percentage of those eligible to apply have done so.

Next Why Is Cannabis Criminalized in the US? - Cannabis Legalization News

Why Does Weed Make You Happy? Meet Anandamide, the Cannabis Bliss Molecule

3 Marijuana Stocks To Watch Before Tuesday

How to Design a Beautiful Cannabis Retail Space On Any Budget

How to Use Cannabis For Sleep During These Sleepless Times 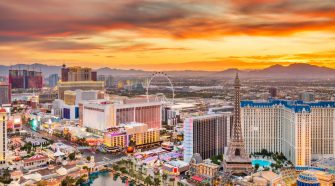 The CHAMPS Winter Show Goes Off in Las Vegas

CHAMPS Trade Shows, the longest running and largest counter-culture trade show in the world, returned to the Las Vegas Convention Center for their annual Winter Show and Glass Games Masters Finals event earlier this month. It was an emotional return for the annual conference which normally holds two shows per year in the silver state, … 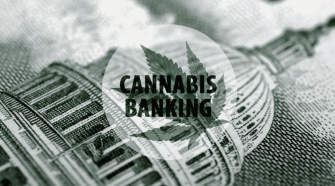 A New Cannabis Banking Measure Is Being Worked On By Congress

Cannabis Banking Measure To Be Added To A Large-Scale House Bill The House sponsor of a bill to protect banks that work with state-legal marijuana businesses recently made an announcement. The sponsor said he is trying to attach an amendment containing the reform to a broader bill. This bill is to deal with research and … 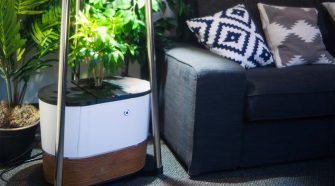 This Robot Can Help You Grow Weed In Your Living Room

We are in an era when robots and artificial intelligence are becoming more common, helping us complete countless everyday tasks, including growing marijuana. annaboto.com If you live in one of the 17 states where recreational use and marijuana home growing is legal, all you have to do is pour water about once a week, and … 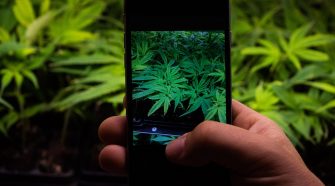 This story originally appeared on Benzinga A new study, published in April in the international journal Crime, Media, Culture by researchers from the University of Copenhagen, Denmark, showed that “cannabis influencers on Instagram are changing the stereotypical characteristics of illegal cannabis culture as being almost entirely dominated by men, to one where cannabis is represented as a … 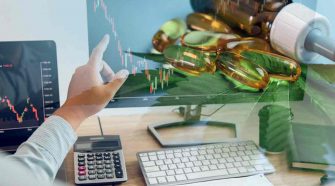