A Complete Guide For Beginners

3 Marijuana Stocks To Watch To Start Your Week

3 Marijuana Stocks To Keep On Your Radar This Week


3 Top Marijuana Stocks For Your 2022 Watchlist

Are more people ready to invest in the best marijuana stocks? Well, some are for it and others are a bit more apprehensive. With all the volatile up and down trading, some are waiting for the right moment to find top marijuana stocks to buy. On the other hand, there are some who are just too scared to either reinvest or get in altogether. This fear stems from the uncertainty of the sector. Along with what took place back in 2021 when the majority of cannabis stocks saw a big decline in trading. Yet this caution is still present for some as the fight for passing federal reform is in limbo. In the last year or so many investors have not been trading on fundamentals.

The cannabis industry has grown tremendously along with the many companies within them. However not many are using these stats as a means to investor or trade marijuana stocks. The entire sector is solely focused on federal reform. Now the passing of federal reform is something that needs to happen and with all the progress over the year it’s only a matter of time. Still In-between now and then what will help the sector sustain longer periods of upward trading.

Both US and Canadian marijuana stocks have started to see days of increased momentum. Also with more cannabis companies due to release earnings, it’s possible that good financials may resonate well among the sector. Overall the new year has just started and there is much more ground to cover. In comparison to this time last year even though the sector is seeing some pullback there have been more volatile spikes than in 2021.

As trading continues investors are watching for the moment they are able to capitalize on any volatile spikes. For those looking to add marijuana stocks to your portfolio remember to do your research on each potential investment. As a trader or investor, you want to give yourself the upper hand as much as you can. Knowing about each cannabis company and understanding the past future and present could help in seeing more upside. The companies below are just a few marijuana stocks to watch that have the potential to see an all-around better performance this year.

Ayr Wellness Inc. a vertically-integrated cannabis multi-state operator, cultivates, extracts, manufactures, distributes, and retails cannabis products and branded cannabis packaged goods. The company’s cannabis and cannabis products include concentrates, edibles, and vaporizer products. During the second week of February, the company announced it has closed on the acquisition of Levia cannabis-infused seltzer. In more recent news the company announced the launch of Changing Legacies, a series of record expungement clinics. 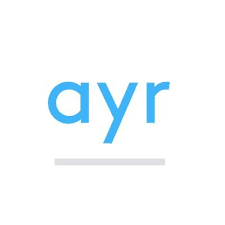 Which took place back on February 27, 2022. As part of the series, Ayr has partnered with numerous not-for-profit and community organizations. These organizations have expertise in social justice and legal and criminal justice reform. The Company and its partners specifically designed each clinic to assist individuals in expunging cannabis. As well as other non-violent crimes from their records, allowing an opportunity for a fresh start.

Green Thumb Industries Inc. manufactures, distributes, and sells various cannabis products for medical and adult use in the United States. At the start of March, the company released its Q4 and full-year 2021 results. Some highlights are the company saw its revenue increase 4.2% sequentially. Plus 37.4% year-over-year to $243.6 million.

Wors From The Company

One of the benefits is it increases vertical integration. As well as cultivation and production will serve as the backbone of Planet 13’s operations in the California market. Another is the brand and product extension enables Planet 13 to expand its popular brand portfolio into California.

Top US Marijuana Stocks With New Lows In October 2022

Top Cannabis Stocks To Buy Now? 2 On Watch In October

Would You Buy These Marijuana Tech Stocks Right Now?

For Anyone Who Thinks CBD Won’t Cause Positive Marijuana Test, It Can

This story originally appeared on Benzinga After Gov. Tate Reeves (R) signed a bill to legalize medical marijuana in Mississippi, the Tennessee Valley Authority (TVA), a main supplier of electricity to the state’s northern region, announced that since it is a federally-owned utility company, it must adhere to federal drug laws. So, off with the lights. In a document obtained …

Best Marijuana Penny Stocks For Active Traders Are you trying to find the best marijuana stocks right now? After hitting new lows in 2022, the leading cannabis stocks started to gain momentum in July and August. Trading short-term is one way to profit from the current market volatility. Cannabis penny stocks are usually the most …

Drugs that have been illegal since the hippie 1960’s era are now being widely used once again. Cannabis_Pic | Shutterstock Sometimes for recreation, others for healing emotional issues, and oftentimes, for medical use. Psilocybin and LSD in particular have caught the interest of medical professionals because of their powerful healing properties especially for conditions that …

Top Cannabis Penny Stocks For Your Watchlist Before 2022

Best Cannabis Stocks And Current Volatility In The Cannabis Sector This week the best marijuana stocks to watch have seen an increase in volatility as they begin to see an upside. Since reaching highs in February 2021 the cannabis sector has been experiencing declines in market value as the year progressed. This year the top …

Alternative Marijuana Stocks To Buy? What Do You Know About Cannabis REITs

2 Top Marijuana REITs To Watch This Month In recent trading top marijuana stocks are starting to see some upward momentum. Now not every day over the last few weeks has been on an incline. But in comparison to how the last several months have been, it’s an improvement. For some time now many of …

How to Choose the Best Functional Mushroom Supplements